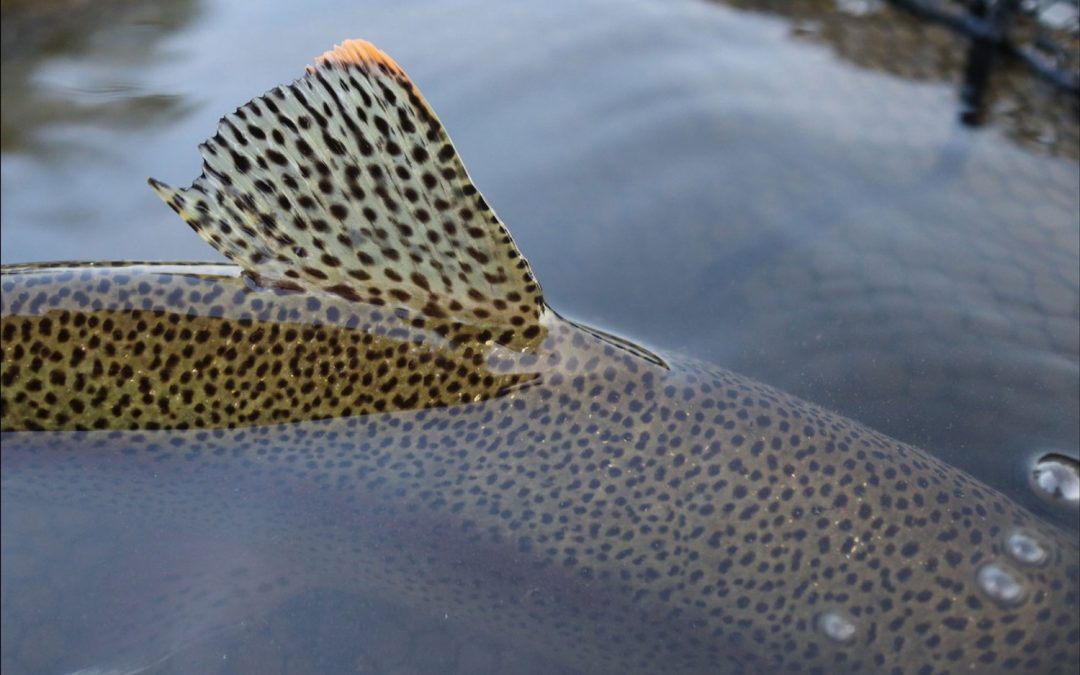 In the current climate, it’s important to keep in touch not only with your pals and colleagues but with the market you work in.

Which is why I travelled an hour and a half north up the M1 to the Derbyshire Wye the other day – to catch up with an old friend, meet a new one and add another ‘first’ to my fishing list.

When you spend the majority of your time working in the outdoor industry, it’s vital to practise what your preach, so I had a challenging but ultimately rewarding day with my photographer pal Jonathan McGee (the second such fishing trip in a month) alongside specialist angling guide and Derbyshire trout tamer Andy Buckley.

Arriving at the car park of The Peacock at Rowsley, just outside Matlock, on a sunny and decidedly warm June lunchtime, it was clear that this was going to be a tricky fishing trip – the searing heat, bright blue skies, awkward breeze and a low river were going to prove a challenge to raise a trout or two.

Having fly-fished my fair share of watercourses – from the pristine banks of the Rivers Test and Itchen to well-known UK reservoirs to the flats of the Bahamas – I was keen to explore some of the more technical aspects of the sport.

It didn’t take long for my guide, Andy, to size up the first challenge for me – a fish sat in a back eddy against a fallen tree and just behind a sunken branch. Challenge accepted and, after a couple of ‘sighters’ thanks to a difficult lie and an unpredictable breeze, I had my first wild rainbow (a unique sub-species peculiar to the Derbyshire Wye) in the net.

With a shortage of rising fish under the fierce afternoon sun we set about prospecting shaded riffles and I eventually managed to rise a really tricky fish at close range under serious tree cover. Sadly, the same cover which provided protection for the fish also managed to snag the fly line mid-fight. I promise I saw the fish and it wasn’t far from the net… but at least it saved Andy the job of unhooking it!

A large fish tight against some tree roots kept us all focused in the late afternoon but it was going to need a ‘drift in a million’ to elicit a take and, while we all put in an impressive shift, it just wasn’t meant to be that day.

A change of scenery for the evening spinner fall brought immediate results for Jonathan, who joined the wild rainbow club with not one but two fish. As we slipped the net under the second, Andy revealed it was the biggest of the season so far… a moral victory in every sense.
Chances came and went, as did a couple more decent-sized fish, before the switch-flick of darkness ended the fun.

I’d tried out some new gear – more of that in the future – renewed and made acquaintances, improved my technical casting and joined the ‘wild rainbow club’, all in one deliciously varied afternoon and evening in some truly magical surroundings and, crucially, with terrific company. 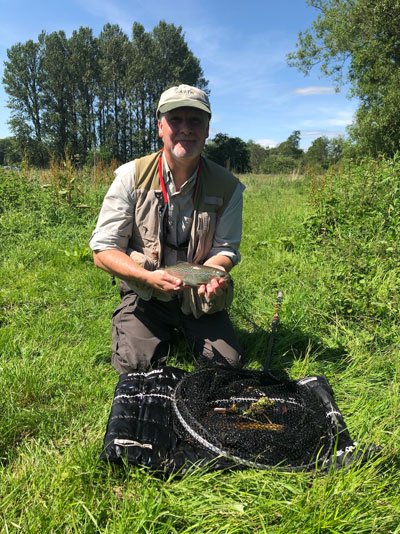